Digitalization and the Public Sphere in Brazil

In his speech, Supreme Court Minister Alexandre de Moraes defended the accountability of digital platforms in the fight against what he called digital guerrillas. The discussion panels emphasized the need for an answer with multiple actors and actions 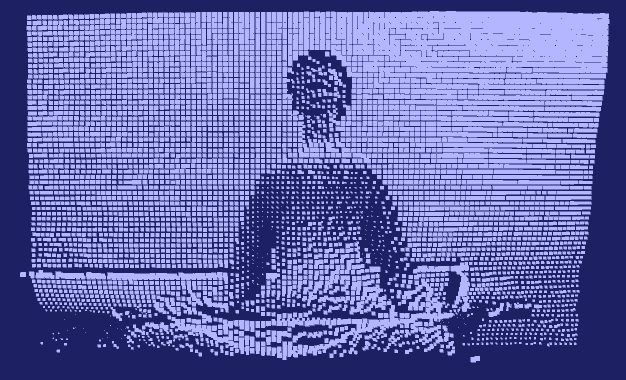 What digital environment do we want for the next elections in Brazil? That was one of the questions asked by the participants of the webinar 2022 Elections and Disinformation in Brazil: Risks and Challenges for the Brazilian Electoral Process in the Digital Environment. The event was hosted by the Department of Public Policy Analysis of Fundação Getulio Vargas (FGV DAPP) on February 22, with the participation of Supreme Court Minister Alexandre de Moraes and other representatives of civil society who participate in the public debate about disinformation. The initiative is a part of the project Digitalization and Democracy in Brazil, coordinated by FGV DAPP with the support of the German Embassy in Brasília.

The keynote was mediated by the special reporter of Folha de S. Paulo, Fábio Zanini, and delivered by the President of FGV, Carlos Ivan Simonsen Leal, who emphasized the need to understand the impact of information technology in the political arena. He shared his opening statement with the ambassador of Germany in Brazil, Heiko Thoms, who ratified Germany’s interest in contemporary debates about the guarantee of democratic institutions. Afterwards, Alexandre de Moraes began his speech focusing on presenting risk scenario for democracy in the digital environment, which he called a lawless land. The discussion panels followed, defending the adoption of a set of measures to face the issue.

According to the minister, there are at least four elements supporting the ecosystem of disinformation in the Brazilian internet. This includes production, which has become increasingly professionalized; spread, using bots and recruiting individuals to replicate posts until they reach top views; a political element, which uses the artificial spread to produce pleas as if they were legitimately expressed by part of the population; and financing by sponsors with political, ideological and electoral interests.

Moraes, who will be at the head of the Superior Electoral Court in 2022, believes these elements directly attack three pillars of democracy: free and periodical elections, freedom of press and freedom of the judiciary branch. He argued that the digital environment desired for the next elections in the country is one that combines freedom of speech and accountability. To that end, he defended the accountability of platforms using the same model that exists for the “traditional media”, ensuring that there is “no prior censorship, but a response after a post has harmed democracy or honor”.

The first discussion panel, named “Fight Against Disinformation and Freedom of Speech”, began with the participation of Beatriz Barbosa of the Network Rights Coalition. Based on discussions occurred in recent years, she emphasized that the internet is not a lawless land, especially since there is legislation in place to discipline and regulate actions on the network, the major of which is the Civil Rights Framework for the Internet, in addition to legal provisions typifying the crime of prejudice and injury, for example. She believes that before proposing new legislation, it is necessary to find ways to quickly enforce the legislation already in place.

Considering the example of the United States, where the account of then-president Donald Trump was suspended from digital platforms, Barbosa stated that the idea of having the accountability for mediating content under the command of these companies is concerning, giving them more power and, at the same time, exempting the legal system. She also point out that, even though the Supreme Electoral Court was quick to address the cyberattacks during the 2020 elections, “the Brazilian legal system has been silent” regarding the defamatory discourses and hate speech that have been happening systematically against social minorities in recent years.

Thiago Rondon, coordinator of the fight against disinformation in the Supreme Federal Court, talked about the experience of creating a committee to confront disinformation campaigns in the last elections. He said that partnerships and the platforms, fact-checking agencies and actors coming from multisectoral environments has been essential to identify actions on the network against the Court, as well as their actors. In his opinion, the digital environment desired for future elections encompasses at least two things. First, access to fact-checked information, regardless of the data plan available for citizens. Second, the participation of platforms in a “civic policy” characterized by clear positions regarding illegitimate behavior.

Marco Ruediger, director of FGV DAPP, concluded the panel corroborating the urgency of a global fight against the issue, and not just specific or reactive as what happened in the United States. “Democracies need to support and protect each other, but also look for specific solutions”, the argued. In addition, he defended the creation of a forum to congregate multiple actors able to recommend and implement a set of actions to protect and ensure the democratic spirit in the next elections.

The second panel, named “Freedom of Speech and Hatred Speech”, was mediated by FGV DAPP coordinator Amaro Grassi, and ratified the complexity of the topic. Michael Westland, First Secretary of the Germany Embassy in Brasília, introduced the panel and said the event contributed to improve legal mechanisms with no prejudice to freedom of speech. After his brief introduction, the Democracy and Active Citizenship coordinator of the Tibe Setubal Foundation, Márcio Black, started the discussion. He used a conceptual perspective to problematize our notion of public space.

Black pointed out that inequality in Brazil reaches all instances of life in the country, including access to the “public space” and to the “free market of ideas”, meaning the places of debate and discussion. “Because the debate exists asymmetrically in the public space, this asymmetry in accessing the debate leads to misunderstanding, resentment and lexical differences”, he explained. He recognized the essential role of education in forming not only the actors, but also the spaces themselves which they depend on to access qualified information. “We need to debate how to requalify and redemocratize all our institutions. To look at and reform the spaces of deliberation at the same time as we do so with individuals”, he proposed.

The Institutional Relations Manager of Votorantim, Maurício Mussi, agreed. “The pandemic has amplified all inequalities predominant in Brazil, which includes asymmetrical access to the public debate”. Based on actions and studies funded by the Institute, he stated that it is necessary to act up the elements supporting what he called “low democratic culture”, characterized by the low confidence of individuals in themselves, in institutions, in political processes and in democratic principles and values. In his view, the road to fight the contradictions introduced by the use of networks is complex and systemic.

Mussi believes we need to question how a means of communications, with all the characteristics of digital media, can dialogue in a democratic environment. The journey towards potential answers to this issue goes through investing in research methodologies gor social networks. Thomas Traumann, Executive Coordinator of the MBA at FGV DAPP, and Danielle Sanches, researcher at FGV DAPP, concluded the discussion by presenting the challenges in identifying, understanding and communicating the dynamics of networks, especially regarding their political nature.

Traumann said DAPP has been establishing itself as a space to investigate how the public debate happens on networks, or how people perceive, among other issues, public policies in the digital environment. In this context, the fact that there are lies during electoral campaigns – a practice he contextualizes in history and in different societies – does not matter as much as the way users on networks perceive these discourses, and especially how they spread them.

Sanches presented the challenges involved in investigating the debate about hatred speech in the Brazilian internet. She said that, although it is possible to define hatred speech conceptually, based on an ample and growing literature, the task is more complicated when it involves concrete realities with figures of speech, memes and videos, for example. In addition, research about this topic bumps into specificities of the online environment, such as anonymity and the invisibility of content producers. She concluded her presentation showing that the limitations and difficulties when fighting the conflicts emerging on networks are important data, because they reveal the ineffectiveness of simplified answers.

Our website collects information from your device and from your browsing activity using cookies to enable features such as improving the technical operation of pages, measuring the website’s audience, and offering relevant products and services through customized advertisements. To learn more about the information and cookies we collect, please check our Cookie Policy and our Privacy Policy.Ok