Digitalization and the Public Sphere in Brazil

Study from FGV DAPP reveals an increase of content on Facebook and YouTube that contest the integrity of the Brazilian electoral process from 2014 to 2020, mirroring what is happening today in the USA 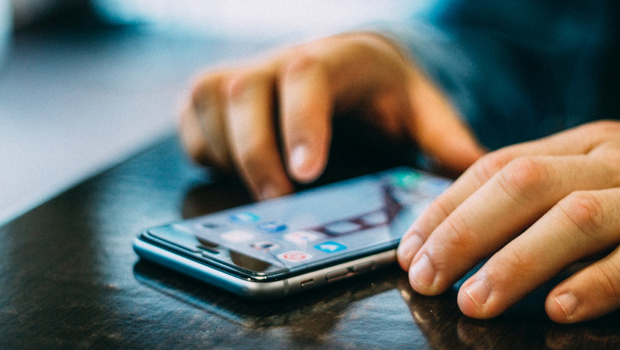 By Amaro Grassi and Tatiana Dourado

The lack of a plan by Brazilian authorities for the fight against the widespread of harmful and antidemocratic content in the digital environments – which cause disinformation and general misunderstanding – might soon compromise the society’s trust in the Brazilian electoral process. This alert comes from a study recently disclosed by the Department of Public Policy Analysis of Fundação Getulio Vargas (FGV DAPP), which reveals the continuous growth over the last few years of the circulation of posts that reproduce narratives that contest the integrity of the elections in Brazil.

Accusations of fraud in the electoral ballots, manipulation in the establishment of votes, electoral farce, and several types of corruption in the system organized by the Brazilian Electoral Justice are increasing in volume since 2014 in platforms such as Facebook and YouTube (but not only on those), originating a spring of criticisms to the elections, which can be exploited at any time by political actors in order to contest the electoral results.

Informing how inviolable and integral is the security of the electronic ballots is naturally a concern that must be addressed by the Electoral Justice. Brazil, a continental country, automatized the process of deposit and establishments of votes for 100% of voters in the year of 2000 as a result of an electronic ballot model that had been applied and improved since 1996. The information, resolutions, consultations, audits and events about the electronic ballots can be followed in the Superior Electoral Court’s own website.

Going beyond the procedures and mechanisms that involve participation, deliberation and public discussion, however, the conversation that unravels online about the subject is far from the democratic criticisms, increasingly circling, instead, around the credibility of the electoral system, and, at worst, questions the legitimacy of the elections.

Anti-systematic messages of the kind do not appear randomly in the social media platforms, of course. They digitally echo in consonance with the happenings of the public life, such as the affirmations that allegedly there is evidence of ballot fraud in 2018, and that “everything can change in the future with fraud”, made recently by President Jair Bolsonaro. Several researches that investigate topics such as fake news and online disinformation campaigns in Brazil obligatorily stumble upon electoral conspiracies.

In another effort to investigate these topics, the research “Online Disinformation and Elections in Brazil” disclosed yesterday by the FGV DAPP recovered posts with links about the distrust in the electoral system that circulated on Facebook and YouTube between 2014 and 2020 (until October). The study sought to understand the circulation of links in electoral and non-electoral years, starting in 2014, when the first elections happened after the June Manifestations, and being finished in the end of 2020, during the municipal elections.

We showed, among other things, that the volume of messages in circulation online is permanent and increasing, even in non-electoral years and municipal elections such as the ones in 2020. Even though the year of 2018 was expected to concentrate a great portion of the occurrences, as it indeed happened, the year of 2020 follows right behind. On YouTube, for example, the research revealed that the quantity of posts in September of 2020 is almost the same as in October of 2018, the very month of the election.

Another point to highlight is the fact that the content that goes against the candor of the electoral system is easily accessed in the web – they have been freely circulating for years in the social media platforms. There is still, for example, more than 10 thousand links from the year of 2014 in open circulation in different digital spaces, considering what was possible to collect on Facebook and YouTube. In fact, many of the links with high rates of interaction in 2020 were originally posted in 2014.

In another case that illustrates this point, the most widespread link on Facebook in the period of the analysis circulated in all of the years between 2016 and 2019. With this, we try to reinforce the understanding that the scenario of hyper-partisanship and political polarization that generate disinformation is created through content that can be reused and recirculated online in politically convenient moments.

However, more than just revealing the significant (and increasing) volume of content of such kind freely circulating in the digital environments over the last seven years, the study identifies an increasingly imminent risk that this scenario severely compromises the trust in the Brazilian electoral process. Political actors interested in undermining the credibility of the elections will then have in hands thousands of pieces of content circulating in the digital platforms, requiring only a well-designed strategy to flood the voters with deceitful and false information about the integrity of the process.

We thus observe a meticulous preparation of the land for future contestations of electoral results, such as how it is currently happening in the USA – in our case, with the aggravating that our institutions are more fragile and susceptible to strategies of such kind. The perspective, therefore, is of a serious threat to the credibility of one of the main Brazilian democratic achievements – an advanced and efficient electoral system conducted by the Superior Electoral Court and other instances of the Brazilian Electoral Justice, which is proved one more time in comparison to the American electoral system.

The moment, therefore, does not call anymore for the inaction or a merely reactive attitude to the risks that the Brazilian electoral system faces, and, at worst, the very own democracy and the trust that Brazilians have in it. It is urgent that measures of containment and mitigation of the free proliferation of content of such kind in the digital environments are taken.

This article was published firsthand in Congresso no Foco.

*The manifestations expressed by the participants of the panels from the Fundação Getulio Vargas – in which are identified as such, in articles published through general communicative vehicles – exclusively represent the opinions of their authors and not, necessarily, the institutional position of the FGV.

Our website collects information from your device and from your browsing activity using cookies to enable features such as improving the technical operation of pages, measuring the website’s audience, and offering relevant products and services through customized advertisements. To learn more about the information and cookies we collect, please check our Cookie Policy and our Privacy Policy.Ok